“August was the biggest month ever for U.S. gasoline consumption. Americans used a staggering 9.7 million barrels per day. That’s more than a gallon per day for every U.S. man, woman and child.” 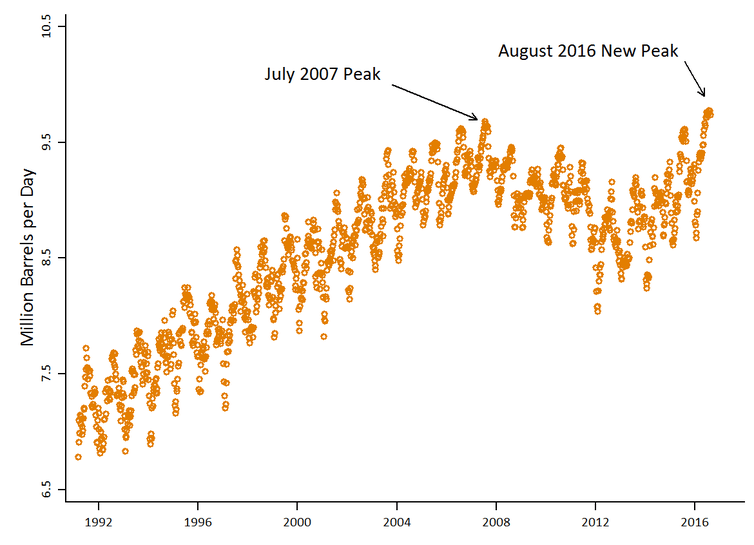 Keep in mind that we don’t really know what demand/consumption is like outside the U.S. There is simply no good standardized reporting process, which means there is a lack of good real-time data out there. Most estimates for global demand are simple models that attempt to project oil prices based on a single independent variable – typically local GDP growth. And even more complex multi-variable models like those used by IEA seem to consistently underestimate demand.

So as per that article, the real-world gets a bit more complicated. To a stats geek, those simple models for demand often suffer from having low R-squareds.

Here is how you might think about it, though:

To the extent the variables leading to record demand in the U.S. – low oil prices, low interest rates, increasing incomes, new automobile replacement cycles – are also present overseas, perhaps there is a reasonable rough conclusion one can draw about demand in the rest of the world.