From this article, an on-the-nose quote from an analyst at ARC:

The decline in OPEC spare capacity comes as global investment in new exploration is also at multi-year lows. According to consultancy firm Wood Mackenzie, new oil discoveries are at their lowest levels in decades, with only about 2.7 billion barrels of new supply discovered in 2015.

The low level of new discoveries is led by the world’s supermajors like ExxonMobil, Royal Dutch Shell Plc and British Petroleum, which have slashed capital expenditures amid the prolonged slump in oil markets. Ambitious exploration projects, like Shell’s venture into the Arctic, have been shelved in order to preserve cash to cover daily operations and dividends.

The cut in spending has led to expectations that the world could face an oil shortage in coming years, which could be exacerbated by low below-ground storage.

That presents a historical anomaly, Forrest says, and leaves markets particularly exposed in the event of a supply shortage.

“If we do get into a situation where demand keeps growing but the investment isn’t there to add the supply that’s needed, the fact that there’s very little spare capacity I think will cause the market some concern,” Forrest says. 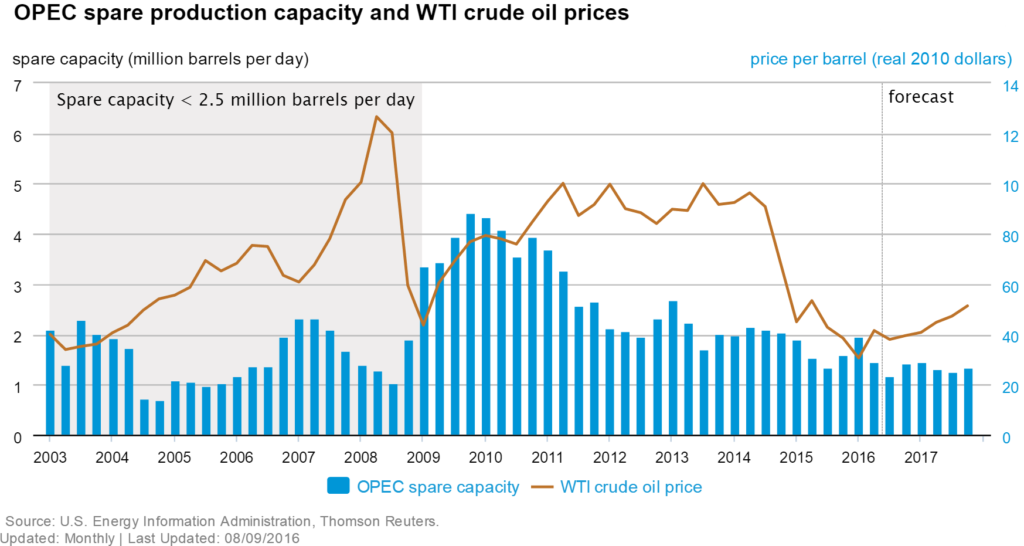